Catch up on all the latest... 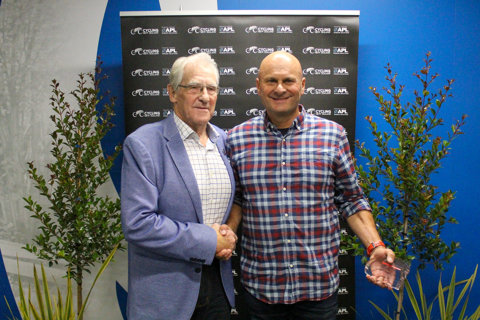 The Boss receives a CNZ award 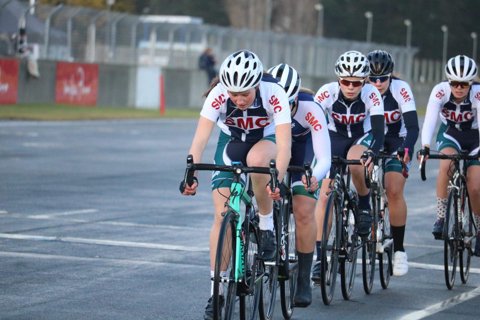 TGC riders turn up some top performances at the 2021 South and North Island Schools Championships. Pic to come 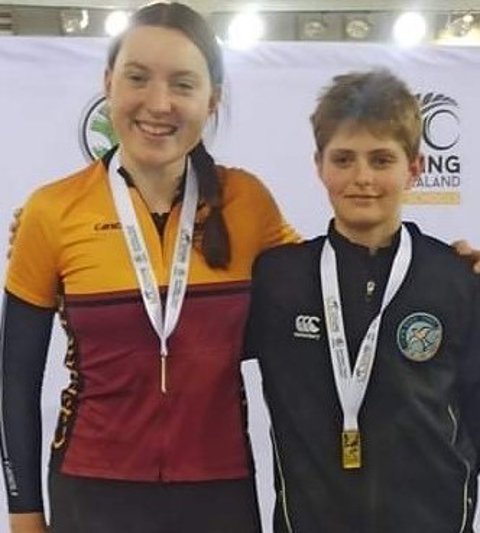 More success for TGC riders at the NZ Schools Track Champs in Cambridge. Lizzie Thomson won the U14 womens grade and Meg Baker finished 2nd in the U16 womens grade. Sammie and Maddie had great performances in the U20 category. Well done girls :-) 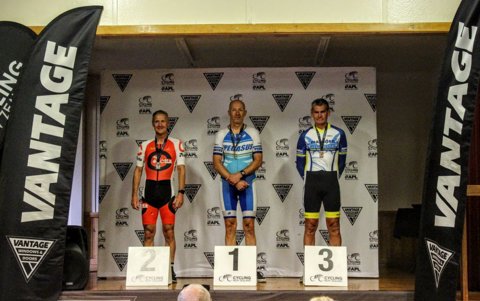 After 10 years of near misses.. Rochie is NZ TT champ 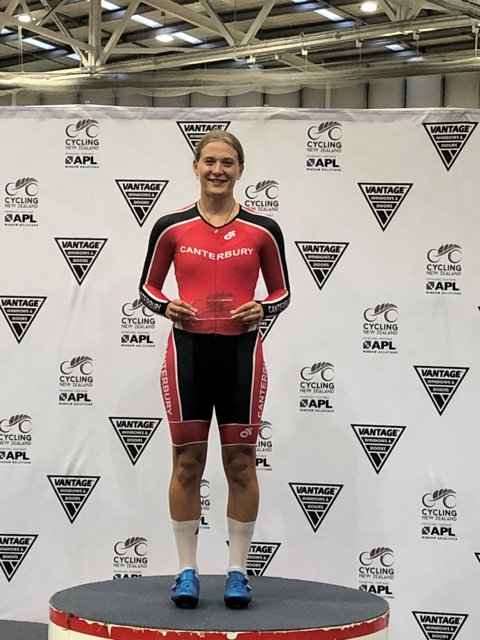 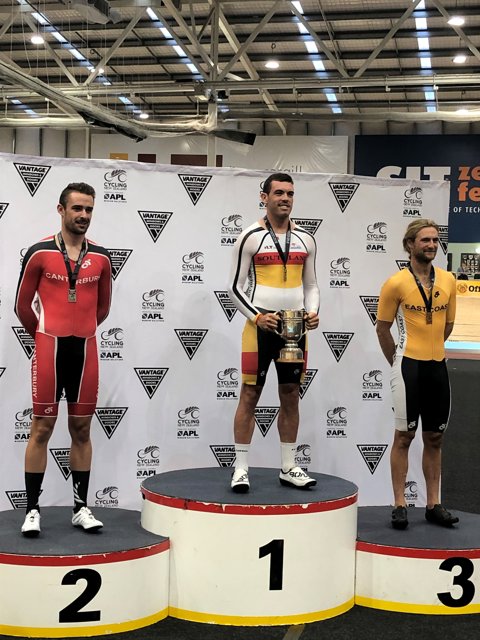 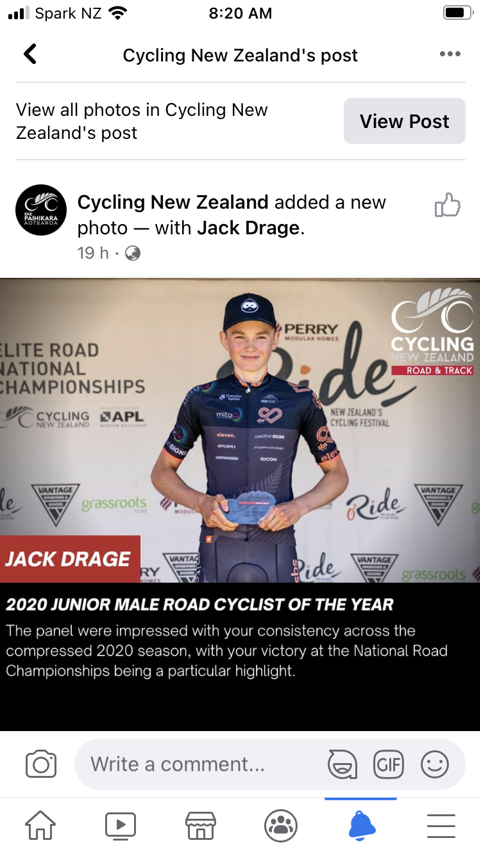 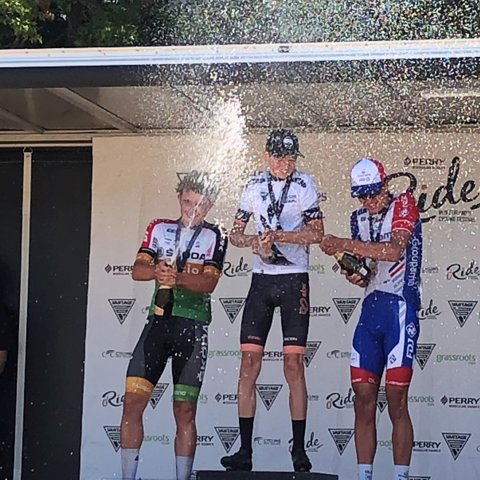 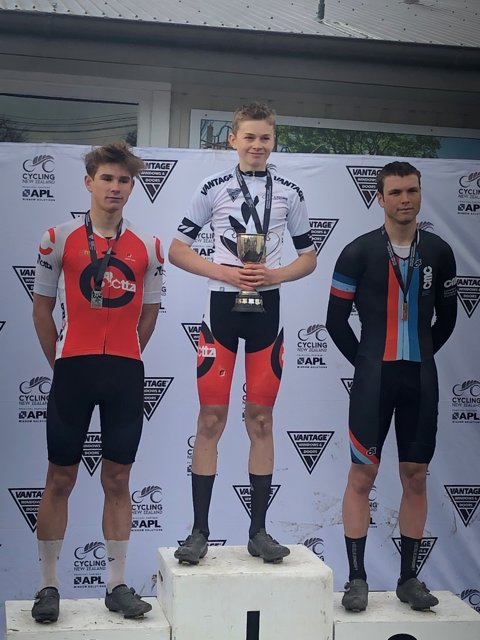 TGC had 6 riders racing at the 2020 Age Group Road Nationals. The team came away with 7 medals... 3 gold, 3 silver and a bronze... and 2 National Champions UCI jerseys. 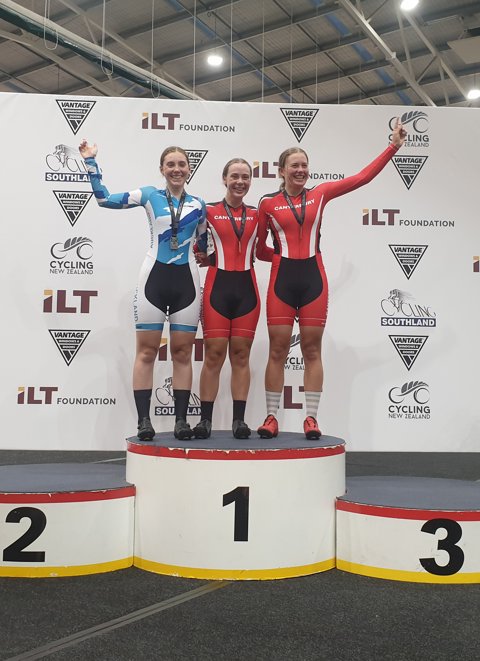 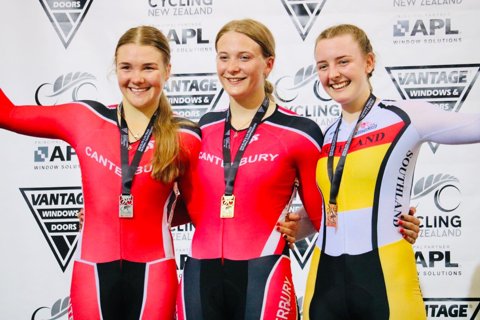 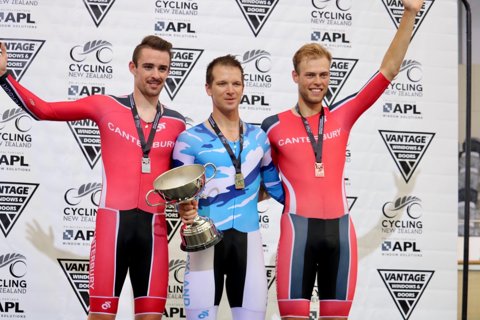 Jenna makes the Oceas her own 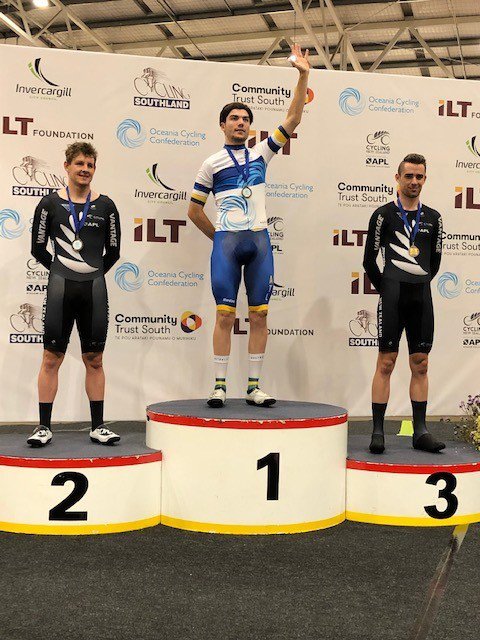 Josh and Hugo back in black

Josh on the podium in the Individual Pursuit at Oceania Champs 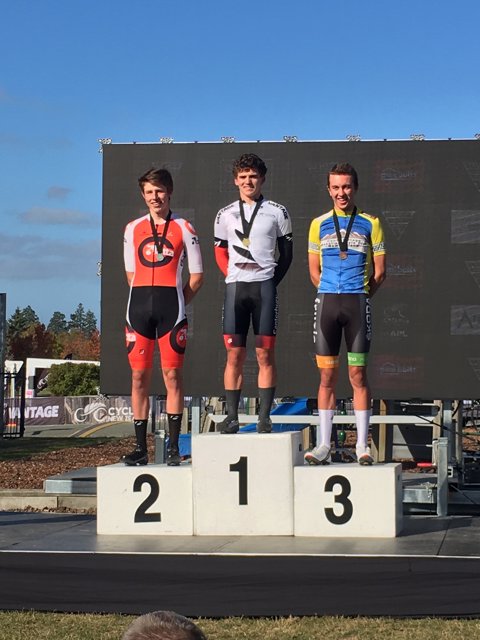 Logan gives them some curry at Road Nationals

Logan Currie from TGC destroys the field in the U19 Individual Time Trial at the recent NZ Age Group Champs. Not only did he win, but he went faster than all U23 and Elite riders. Magic!!

Graeme stands on top of the world...again

The Boss receives a CNZ award

A great weekend for our riders at the 2021 South Island and North Island Road Champs. In the TT Meg and Wolf finished 2nd in the U16 girls and boys grade and Sammie and Maddie were 2nd and 5th in the U20 grade and in the road race, Meg was again 2nd in U16 and Maddie and Sammie 3rd and 4th respectively in U20.

Another great event for TGC riders at AGRN... with Rochie winning Masters 5 TT, then Mary Jones bounced back from injury to win Master 6 TT. Logan Currie won the U23 TT. Meg Baker finished 6th in the U17 and Wolf was mid field in the U17 boys. Adelle Allbon was 4th but then bounced back to win bronze ib the Masters 4 Road Race. Outstanding efforts team...and Rochie its your shout

Jenna Borthwick has been named as 2020 Junior Track Cyclist of the year after claiming the NZ Individual Pursuit, Scratch Race, Omnium, 500m TT, Omnium titles along with her NZ Road title in what can only be described as a difficult year for all. We are all proud of you Jenna

TGC riders had to overcome ill health to put out some outstanding performances at the 2021 Elite Track Nationals.

Josh set the ball rolling with an outstanding 1-01.6 kilo TT to win the silver medal in the elite mens event, and followed up with a sharp 4-17 IP and great rides in the scratch events.

Jenna was very ill leading into the event and struggled the first two days with the flu. She still managed to win the U19 Kerin, Scratch and Elimination titles and was runner up to a very fast Amelia Sykes in the IP and 500TT

Sammie had the form of her life and had huge PBs in the Pursuit (by 8 seconds) and the 500 TT by 2 seconds. She finished 5th equal in the Points Race and showed great strength and speed.

Maddi also had great form, also accomplishing massive PBs in the Pursuit and 500 TT. She too rode an aggressive Points Race and both riders appear set for higher honours.

Erin, whilst a little overwhelmed at the start of the week, grew in confidence and finished the Nationals with a very good Points race and helping her team mate to 4th in that event. She then led and mentored the young Canterbury Teams Pursuit to make the finals of that event. It was a great way to finish the week knowing she can compete with the countries best female elite riders.

Tyla made the move into our team at the end of last year and changed from a sprint rider to Endurance. She made great gains in performance and too had a fantastic Points Race along with making the Kerin final. She raced a great scratch race and finished with the best in the country.

Jack Drage has won the coveted 2020 Junior Cyclist of the year award. The trophy is a piece of cobblestone from the Kemmelberg hill in Ypres, that commemorates the close ties between the allies Belgium and New Zealand while fighting in the "Fields of Flanders" in WW 1. Our congratulations go to Jack... super job!!

Over a magic weekend at the 2021 Elite Road Nationals TGC riders had some outstanding results. We only had 3 riders their and they bought home 4 medals. Jenna won bronze in the U19 Time Trial and followed that up the next day with a gutsy silver in the U19 Road Race. Logan had an awesome Time Trial winning silver in the U23 category, and proving he is a world class time trialler. The cream came on Sunday in the Elite Mens and U23 Road Race. Both Jack and Logan made the early break and as it whittled down to the final lap Logan lost contact. It was a creme de la creme of NZ riders, and young Jack in his first year in the category got over French Pass with the leaders. He went through a bad patch but gamely fought back in a small group chasing the leaders of the race (all Elites). At the finish George Bennett got away from his 4 pursuers and Jack sprinted his two companions to finish just 10 seconds behind the front group and claim the NZ U23 title. Absolutely outstanding effort by Jack.

Superlatives dont fit just how well our team went at the 2020 AGRN. It started off with Shona winning silver in the Masters 6 TT in a PB time and then was quickly followed by Rochie winning silver in the Masters 5 TT averaging 370+w... PB by a long shot, so who says age slows you down? Then young Jenna had a great tussle with Henrietta in the U19 to win silver by the smallest of margins. Then to finish TT day Logan followed on from his U19 title last year, burning up the road to win the U23 title in a wicked average speed. On road race day Logan finished 3rd in the U23 road race with  a great performance. Then came the two UCI races for U19 and Jenna got into a break with Henrietta Christie and Ella Wylie, showing climbing skills we only hoped she had and then won the gallop for the title and jersey. The final race of the day was a world class U19 field, and Jack and Hamish Sadler went about destroying the field within the first few kms. Only 8 could go with them...the next lap it was only 5 left...then 3..then finally just Jack and Hamish. They continued to take time out of the field getting out to a 4 and a half minute lead before a tactical sprint where Jack won the title and jersey. Bloody spectacular and thanks for choosing TGC for your coaching.

TGC riders produced National title winning performances and all did personal best times at the recent Age Group Track Nationals. Leading the way was Graeme Litt, beating the current world Individual Pursuit Champion on his way to gold in the Pursuits..and followed this up with 3 more titles. Maddi Lowry surprised many except her coach winning her maiden National title in the U17 Points Race and then joined her team mate Sammie Walker in winning silver in the Teams Pursuit, and the they went on to win bronze in the Madison. Clark Wilson had a huge championship and won silver in the Kerin in a tight finish, whilst Craig Trethaway did massive PBs and was right at the pointy end in all races. Well done team :-)

Following on from a successful Oceania Track Champs , Jenna has dominated the National Championships winning 5 individual titles from 5 starts. She also gained a silver with Micky in the Teams Sprint, and bronze with Erin, Micky and Charlotte in the Teams Pursuits (fastest U19 team).

Josh and Hugo finished 2nd and 3rd respectively in the Individual Pursuit last week at the 2020 Elite Track Nationals with both guys riding under the magic 4-20 mark, with Josfh going 4-16 and Hugo 4-19. Absolutely world class efforts and the went on to win the NZ Teams Pursuit championship in a record time along with team mates Laurence Pithie and Ryan McLeod.

Jenna makes the Oceas her own

16 year old Jenna Borthwick not only won 4 gold medals at the recent Oceania Track Champs, but also set a new Championship record in the process. What makes this feat all the more impressive is that Jenna is still U17 until the end of the year. Jenna won the Individual and Teams Pursuit, Keirin and Madison along with Charlotte Spurway. Fantastic work :-)

Josh and Hugo back in black

Josh Scott and Hugo Jones performed PBs at the recent Oceania Champs to gain selection in the NZ development team for the upcoming track world cup in Cambridge. Josh did a massive PB going under 4-20 and Hugo rode a very nicely controlled ride to go 4-25. Good luck men

Logan gives them some curry at Road Nationals

Logans performance topped off a great day for TGC riders, which started with Mary Jones winning the Masters women 60-64 Time trial title, followed shortly after by Jenna (the beast) Borthwick's fine silver medal in the U17 womens Time Trial. Then Dave Roche won bronze in the Masters men 55-59 age group. Max, Hugo, Erin, Jack and Maddi all had super rides and PB times. Of particular mention Erin did hers on her road bike with clip ons, but disconnected her rear brake..hence she went off the road at the turn... lesson to be learnt ay Magpie 1... as she was only a handful of seconds away from top 5.

Graeme stands on top of the world...again

A crash in training a day before the World Champs couldnt stop Graeme defending his world sprint title. Even with a badly damaged shoulder that later required surgery, The wee battler toughened up and showed true kiwi grit to win.